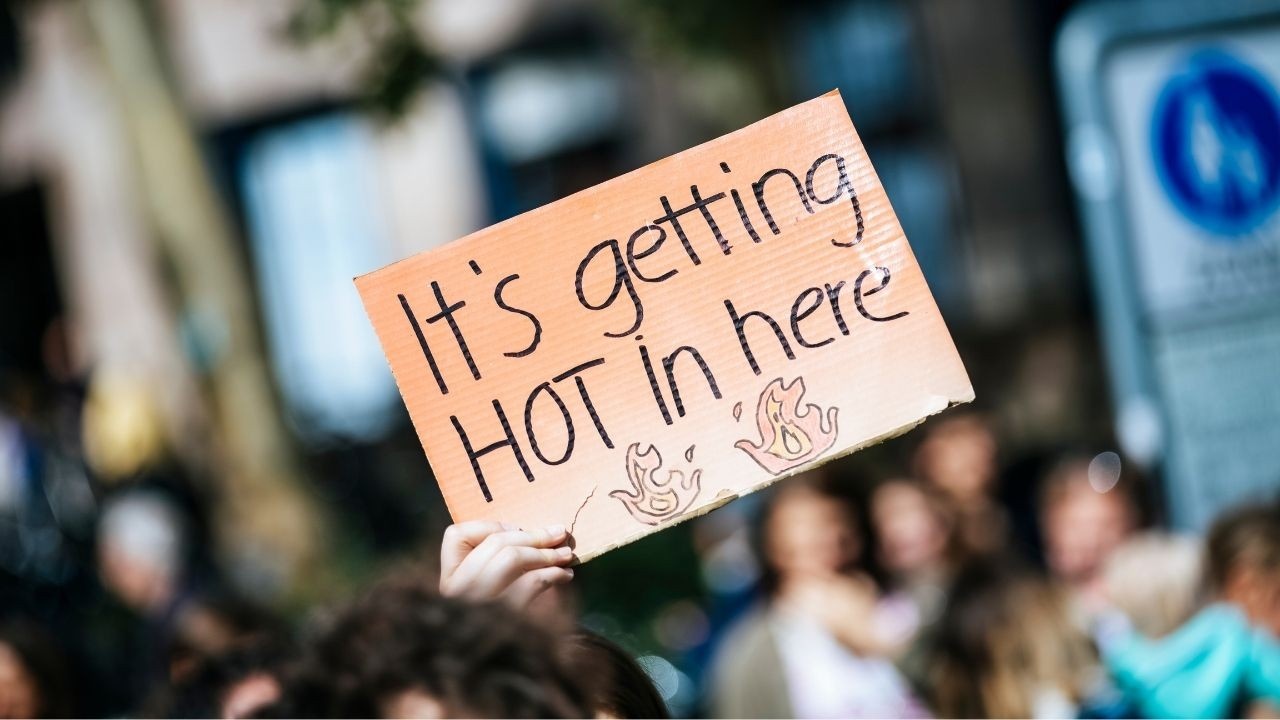 NASA used the term in its excellent website where it states that "Multiple studies published in peer-reviewed scientific journals show that 97 percent or more of actively publishing climate scientists agree*: Climate-warming trends over the past century are extremely likely due to human activities." [1]

The climate is changing at an increasingly rapid pace. The term Climate Change does not communicate the reality and urgency, our climate is irreversibly breaking down. Climate Breakdown is a term that should be used instead of Climate Change. When we think of Climate Change, we think of a gradual process that does not involve increased volcanic activity, hurricanes, storms, floods, bushfires, and other extreme events. Such extreme events are more accurately defined within the term Climate Breakdown.

Google defines the term as "a gradual increase in the overall temperature of the earth's atmosphere generally attributed to the greenhouse effect caused by increased levels of carbon dioxide, CFCs, and other pollutants."

NASA's Earth Observatory website defines it differently from Google, "Global warming is the unusually rapid increase in Earth's average surface temperature over the past century primarily due to the greenhouse gases released as people burn fossil fuels."

The problem with the term is that when the media and others use it the suggestion is that warming is a gradual process. In geological terms it is a very rapid heating process that is going to cause Earth to become too hot for habitation.

Google have it correct when they define Global Heating as, "a term used instead of global warming to refer to the dangerous rises in global temperatures caused by human activity. Global heating is technically more correct because we are talking about changes in the energy balance of the planet." It is not warming its heating up! This term reflects the reality.

In 2019 The UN Intergovernmental Panel on Climate Change (IPCC) released a report stating that urgent and unprecedented changes were needed to reach the Paris agreement pledge and keep temperatures between 1.5C and 2C. They wrote that it is affordable and feasible but that we have just twelve years to avoid a catastrophe. If this doesn't happen the IPCC predict that extreme heat, drought, floods and poverty will result. Additionally, coral reefs on which over billion people depend on for food, will disappear. [4]

The Compact Oxford English Dictionary defines emergency as a "serious, unexpected, and potentially dangerous situation requiring immediate action." Therefore, 'climate emergency' means; the climate is breaking down which is going to lead to irreversible changes that will affect humanity’s chances of survival; it is an emergency. However, all this is not unexpected. Scientists have known for years that if emissions were not reduced catastrophe would occur. They along with governments and, the owners of oil and gas corporations, have known where we are headed since the 1970s.

Since the 2019 IPCC report a year has been lost during which national governments have failed to declare an emergency. This emergency cannot be resolved unless governments make urgent changes. Each government must declare an emergency and urgently debate it; so as to determine firstly how bad it is and what needs to be done to resolve it. How bad is the current situation? The answer to the question is known; scientists have covered this extensively. Governments need to meet to convince themselves by listening to their scientific advisers and convincing themselves of something that we all know.

Each government needs to declare a climate emergency and acknowledge that the measures taken up to this point are not enough to limit warming. It is up to each government to devise measures that try to stop human-caused global warming.

A well-defined goal is defined on a website (see sources) which was created in response to Australia’s wildfires. "Our goal is for governments to declare a climate emergency and mobilise society-wide resources at sufficient scale and speed to protect civilisation, the economy, people, species, and ecosystems."

Mobilising resources may need to involve getting the media to report the truth about climate change rather than ignoring its existence. Currently, there is no media plurality; ownership is limited to corporate billionaires such as Rupert Murdoch who have their own agendas.

The damage that can be used by using the wrong term

Consider the term Climate Change, what feeling does it conjure up? Recently someone said to me, 'Climate Change, I am not worried about that, it's always been going on."

It is true to say that the climate has always changed. However, humans have been changing the climate ever since the industrial revolution. We have emitted greenhouse gasses and extracted carbon from the ground before burning it. We can stop carbon dioxide emissions simply by ceasing to extract oil, gas and coal from the Earth. Obviously, it has to be planned but time has run out for a gradual transition that has long been a strategy to defer change.

In 2019 emissions hit a new record high. "The runaway train that is climate change is about to blow past another milestone: global fossil-fuel carbon dioxide emissions will reach yet another record high." [2]