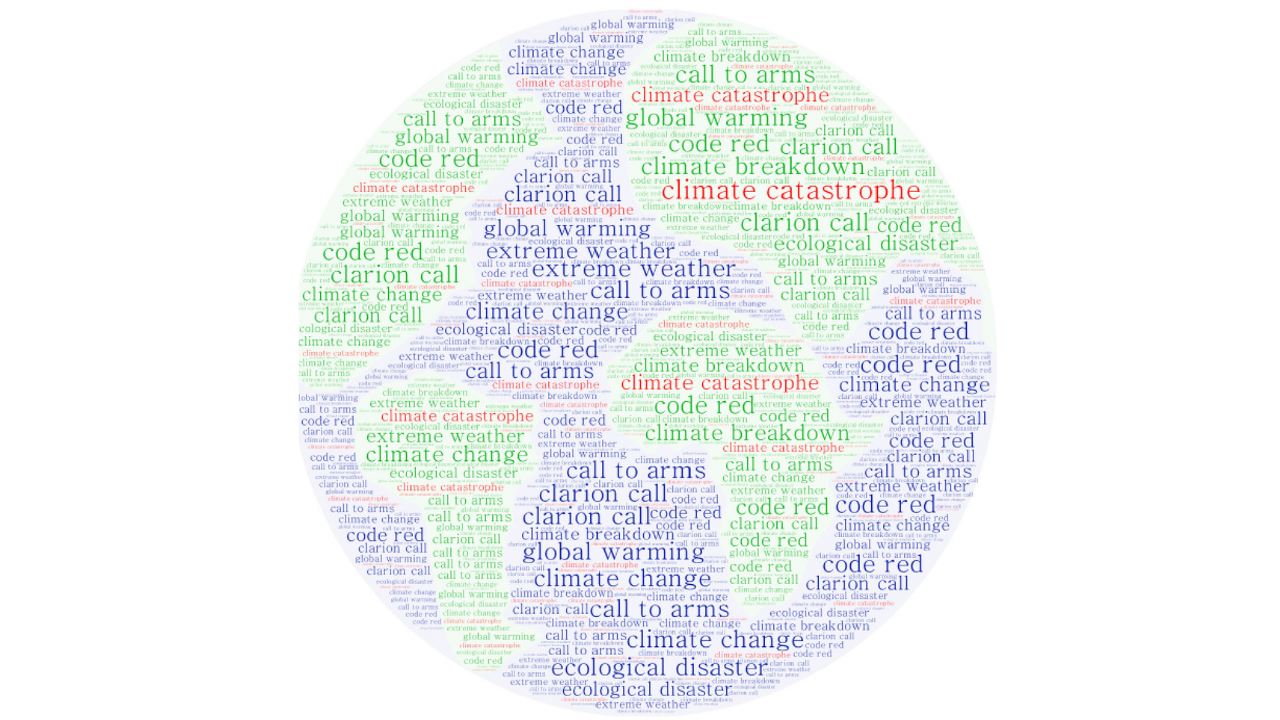 Ms Stott described the scale of the communications problem for scientists at The United Nations (UN) Climate Conference (COP26). They will have to balance emotion and reason to persuade millions of people that there is a problem requiring urgent change. Delegates will need to persuade world-leaders to collaborate and ensure so that large-scale systemic transformations happen very quickly.

On August 9, The IPPC published what is probably the most important document in human history. The Sixth Assessment Report addresses the most up-to-date physical understanding of the climate system and climate change. The report brings together the latest advances in climate science combining multiple lines of evidence from paleoclimate, observations, process understanding, and global and regional climate simulations. The UN Secretary-General Antonio Guterres announced it as a “code-red for humanity.”

The media liked the term and repeated it and added their own metaphors; “call to arms” and “clarion call” in their coverage. Ms Stott did not like the use of what she called “metaphors of war.”

Is it possible that the UN used the phrase “code-red” for its medical meaning rather than the military one? If fire is discovered in a hospital, it is a code-red emergency, which means evacuate people but without panicking them. Code-red has a number of other different meanings that are not military.

The news media use of the team “a call to arms” may also be non-military. According to the Merriam-Webster dictionary there are two definitions. The first is military, ‘a summons to engage in active hostilities.’ The second ‘a summons, invitation, or appeal to undertake a particular course of action a political call to arms.’ Journalists may have meant the latter of the two definitions.

The Oxford dictionary states that ‘a clarion call’ is ‘a strongly expressed demand or request for action.’

Therefore, “code-red”, “call to arms” and “clarion call” are all appropriate non-military use of language to express the urgency of the situation. During wars the press and politicians have often aligned their use of language to empower people to collaborate towards the goal of winning.

Many of us have been hoping for a mobilisation similar to that of the second world war. If the press generated some sort of blitz-like spirit perhaps we would all work together to solve the problem.

Ms Stott preferred the language that Brighton’s Green MP Caroline Lucas, as she was filmed with wildfires in the background she said, “natures fighting back.” In a way a war caused by consumption is being waged against nature but surely nature cannot fight back by destroying itself. If Ms Stott thinks that nature is fighting back by killing humans that is also wrong. Humans are part of nature and we are part of it. For Ms Stott the language recently used by the media triggered childhood trauma from her experience in a doomsday cult but she is probably in a minority because of that.

If we want to avoid an environmental apocalypse the truth needs to be told. If governments do not act effectively and immediately then we are facing. That’s what the IPCC and the media are communicating.

Wildfires and the melting of global ice is a code-red emergency, we should have a clarion call. The language is appropriate.

The bigger communications problem is what happens once the most dramatic language possible has been used. If Antonio Guterres tells the people of the world that the climate is breaking down, is an emergency. We need to act now or the existence of humanity could cease. If he has said that the worlds’ leading scientists agree that the existence of humanity is threatened by an apocalypse. If politicians, the media and most other people carry on without batting an eyelid, what does he do next? What is the appropriate language to overcome inertia?

I have three suggestions for listeners who can find details on my website StopClimateCatastrophe.com; 1) support The Climate and Ecological Emergency Bill, 2) read Dieter Helm’s book Net Zero: How we stop causing climate change as it contains a plan and number three, become active collaborate with others who are concerned and do something positive.